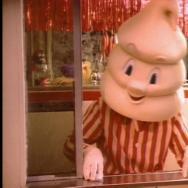 Gun store and Clothing store should in 2 in one