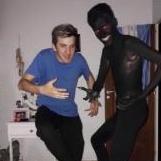 altis life Strayagaming & Altis Life - A commentary on the community.

By FedoraTheExplora, February 22 in Discussions